Consisting of a decommissioned telephone booth and 6 video screens that face outward toward the audience, the work displays cell phone footage of the booth's interior as a moth periodically flits about the lighted compartment. The work eludes to the ephemeral nature of technological progress and how the retirement of such an iconic object suggest a societal shift in our interpretation of the meaning of privacy. As such, Phone Booth considers a shifting relationship between the semiotic "signifier" and the "signified".

The work references the communicative norms of our contemporary culture, inviting the audience to the threshold of a space that is considered both public and private. Encapsulating time and place within the form, the piece calls the audience to consider the work as an emblem of time's passage and the inherent tension between what is and what appears to be. 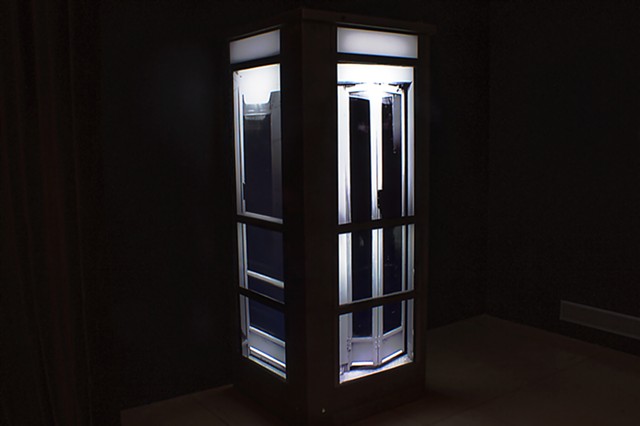 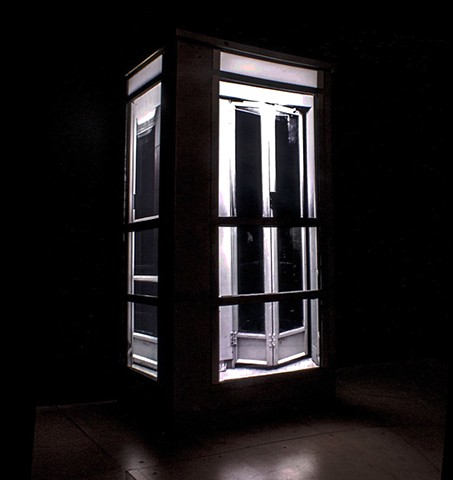 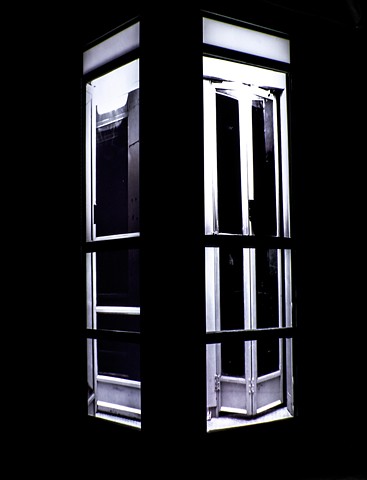 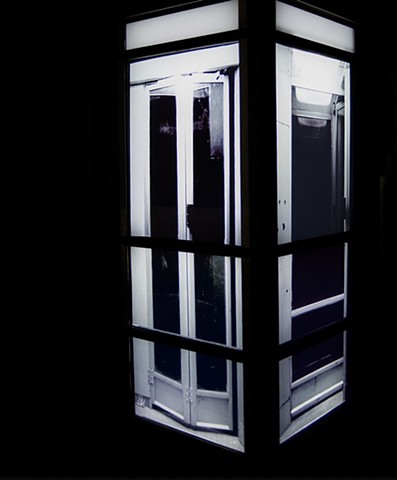